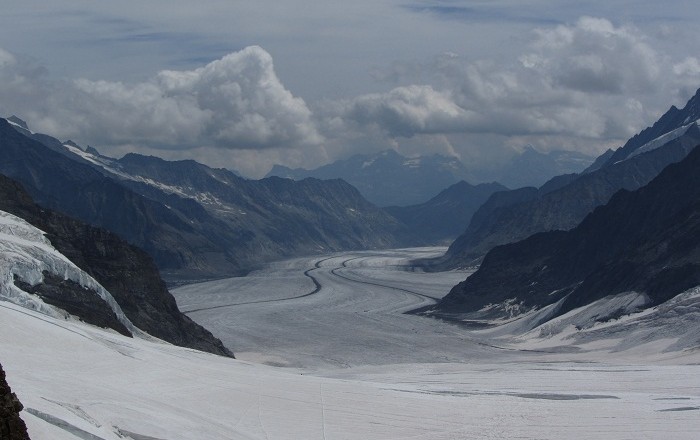 The Aletsch Glacier, also known as Great Aletsch Glacier is the largest glacier in the Alps, located in the eastern Bernese Alps in the canton of Valais, in the Swiss Federation, and is one of the many glaciers located between the cantons Bern and Valais. 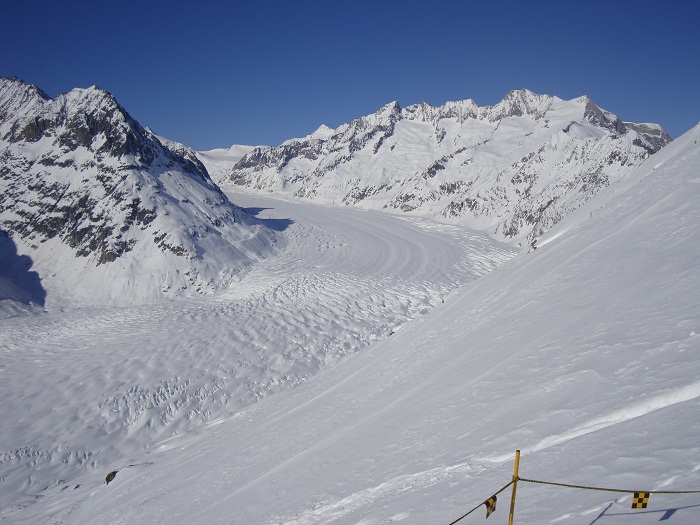 The whole area is considered to be the largest glaciated area in western Eurasia. The length measured in 2011 of the glacier has been 23 km (14 mi), with thickness of 940 meters (3084 feet), and it is retreating. The Glacier resulted from the accumulation and compaction of snow, generally when the snow and ice accumulation exceeded snow and ice melt. During the last glacial periods, the Aletsch Glacier was much larger than now. 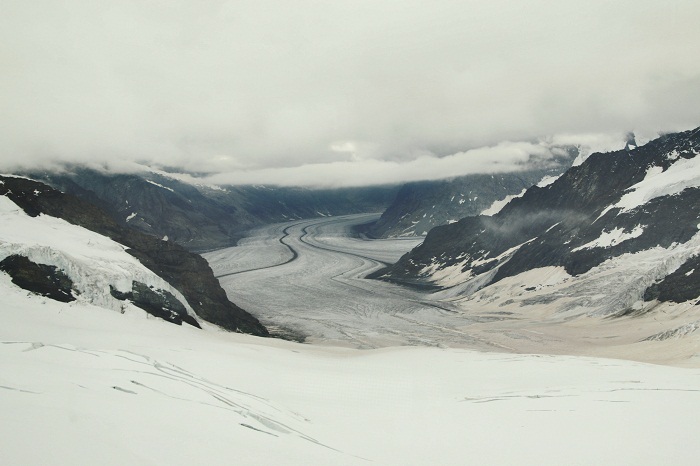 18,000 years ago the lower part of the ridge, between Riederalp and the glacier, was completely covered by ice. Only the summits of the Bettmerhorn, Eggishorn and the Fusshörner were above the glacier. After an important retreat, the glacier again advanced 11,000 years ago during the last glacial period. The glacier reached the Rhône valley, and its ice the Riederfurka. There are visible moraines in the Aletsch Forest. 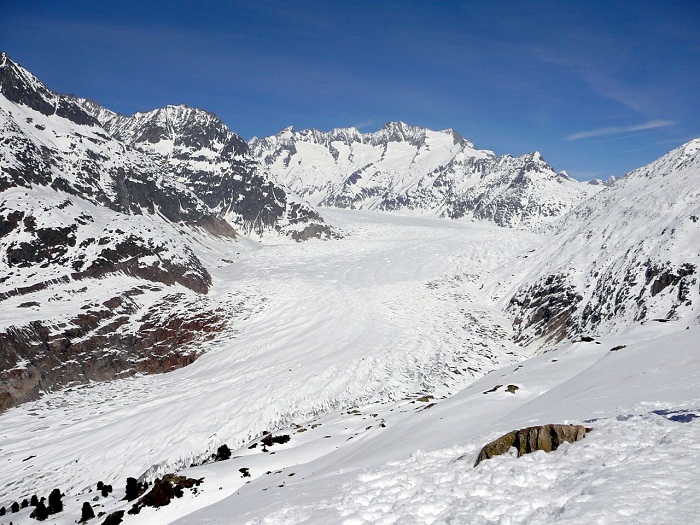 The boundaries of the Aletsch Glacier are formed from the Jungfrau and Mönch peaks, which constitute the northern boundary, the Gross Fiescherhorn and Gross Wannenhorn peaks lie on its east side, and the culminating point, the Aletschhorn, which is 4,193 m (13,757 ft) is located on the west side. 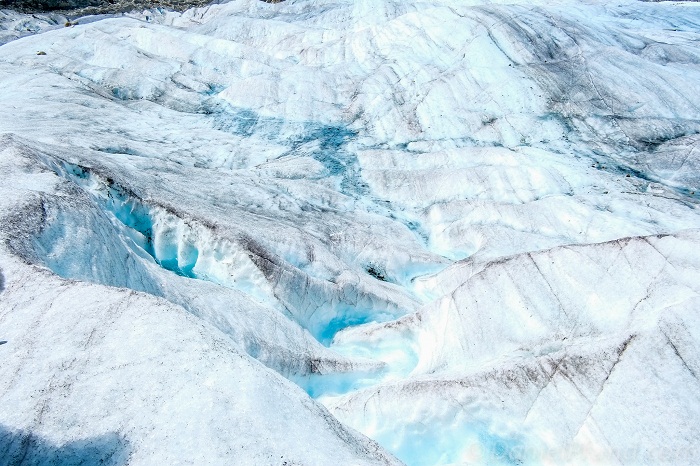 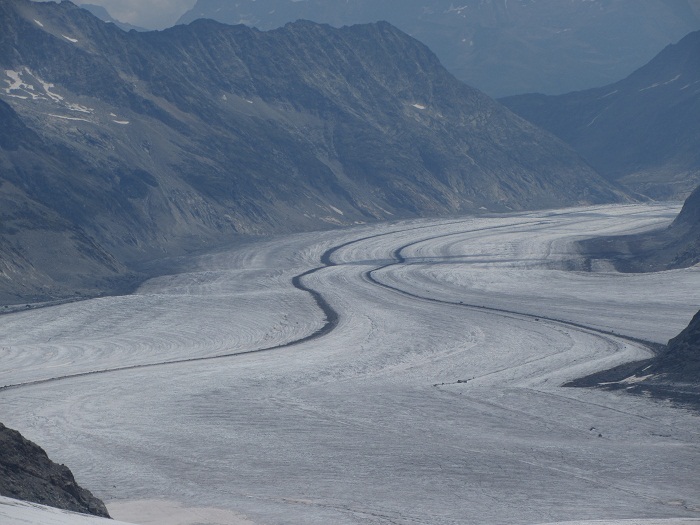 Since the last glaciation, the glacier generally retreated. However slight climatic changes happened and, in 1860, the glacier was 3 km longer and the ice level 200 m higher. As for many other glaciers, records show a major longer-term retreat trend. The Aletsch Glacier receded by 100 m (330 ft) between 2005 and 2006. 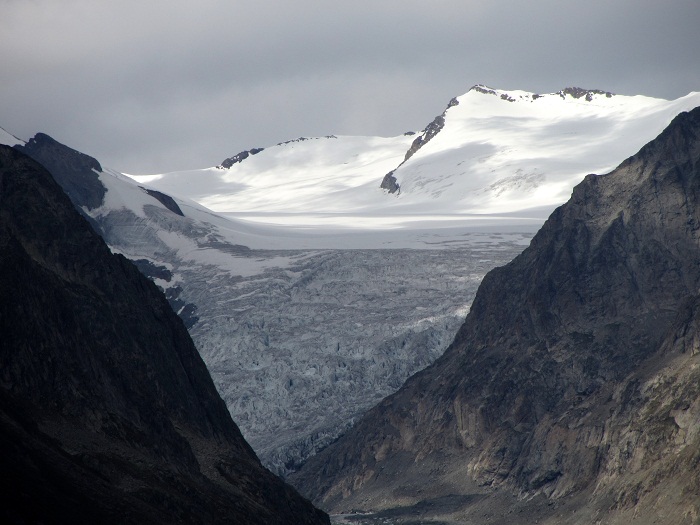 The are where the glacier is located and the some surrounding valleys are on the UNESCO World Heritage List, which means it is quite popular tourist destination. There is a gondola that can take you to Bettmerhorn and Eggishorn, and the Massa River can be crossed since 2008 by a suspension bridge, thus allowing hikes between the left and the right part of the glacier.

On the Riederfurka, at 2,065 metres between Riederalp and the glacier, is located the historic Villa Cassel, former summer residence of many numerous famous and influential guests from the worlds of politics and finance. The house is now one of the centers of the environmental organization Pro Natura, which hosts a permanent exhibition about the site. 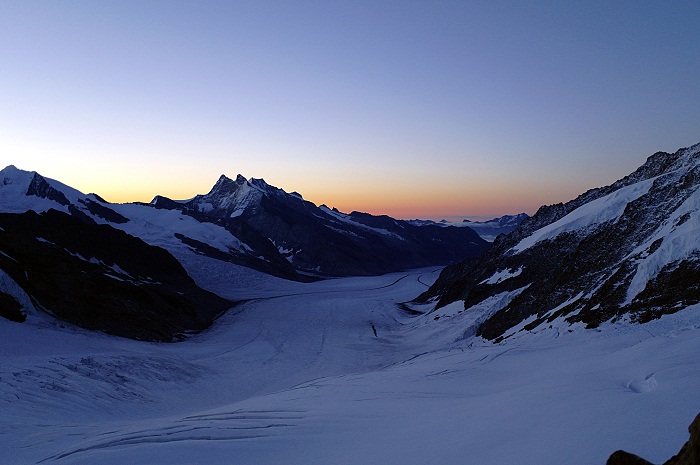 Also, on 18 August 2007, photographer Spencer Tunick used hundreds of naked people in a “living sculpture” on the Aletsch Glacier in a photo shoot which he said was intended to draw attention to global warming and the shrinking of the world’s glaciers. 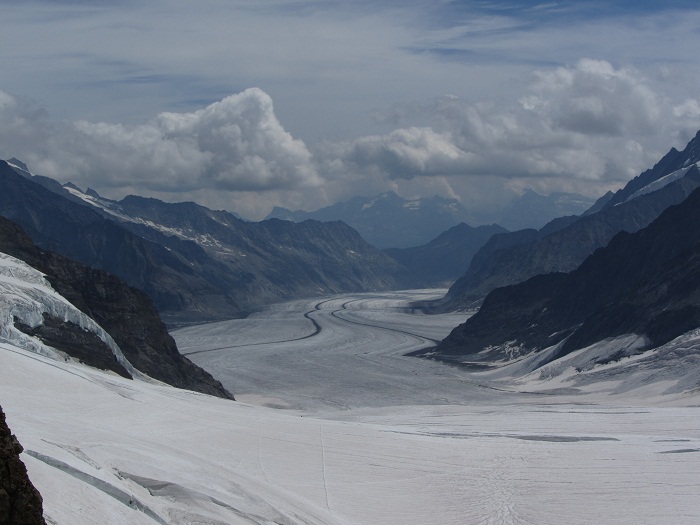 The temperature was about 10 °C (50 °F) at the time of the photo shoot. The 600 participants on the shrinking glacier said that they had volunteered for Tunick (a collaboration with Greenpeace) to let the world know about the effects of global warming on the melting Swiss glaciers. 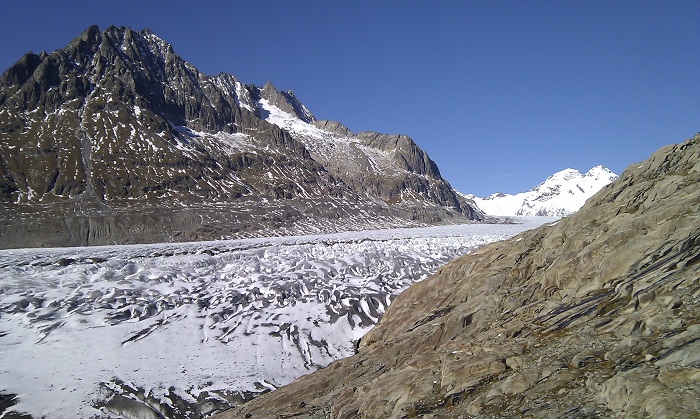